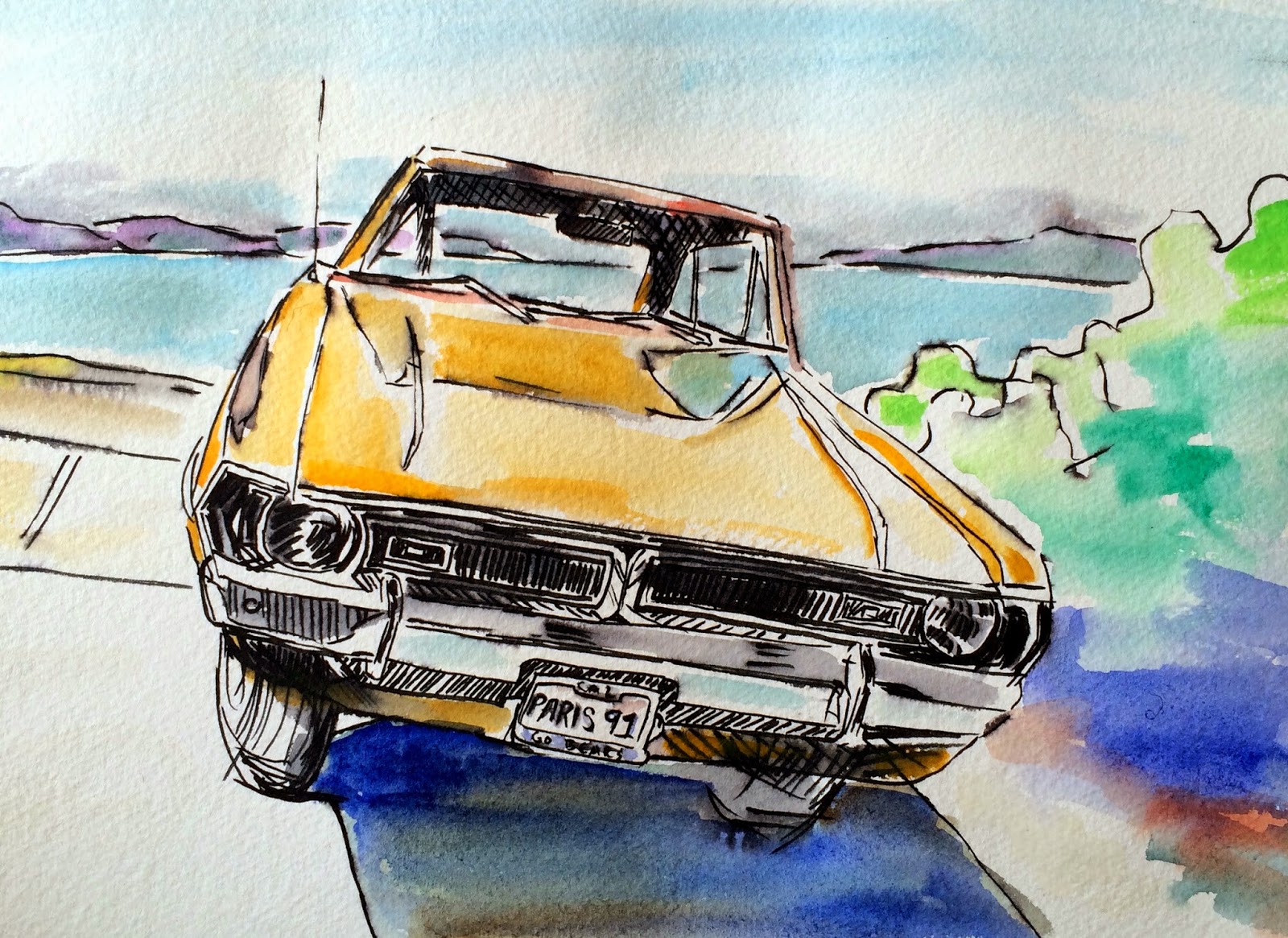 Since I was about 16, I've loved the Dodge Dart.  Something about that rear window speaks to me.  So of all the cars here, this is the one I covet the most.  So groovy.

I usually try to mix a shadow that is more balanced between brown and blue, but since these car's people are clearly Cal fans and the car itself is gold, I decided to make the shadow under the car far more blue so we could say "Go Bears!" with the blue and gold together.

This car also has a view that I seriously covet, but that's a whole other story!  Crest Avenue soars far above the San Francisco Bay and sees at least three bridges, maybe more.  I should check my Lotto ticket from last night and see if I'm able to upgrade to that view or not.

The license plate reads "Paris 91."  I like to imagine that this was where the Dart's people fell in love.
Labels: Point Richmond cars sketching watercolor 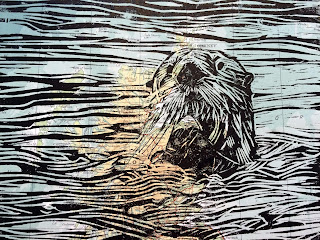