A group called "Citizens for a Sustainable Point Molate" asked if they could use some of my sketches of the area on their website, to which I happily agreed!  They aren't up there yet, but I will post again when they are.  Looks like this group does a ton of good in protecting a beautiful place from rampant development not suited to the site.

Here is my sketch from today.  I can't believe I can actually have a lunch break that allows me this.  I treasure it.  Spotted several beached jellyfish, a tiny dead crab (about 2 inches across), lots of kelp.  Picked up my usual bag of plastic trash as I walked along, which makes me feel like a good Girl Scout. 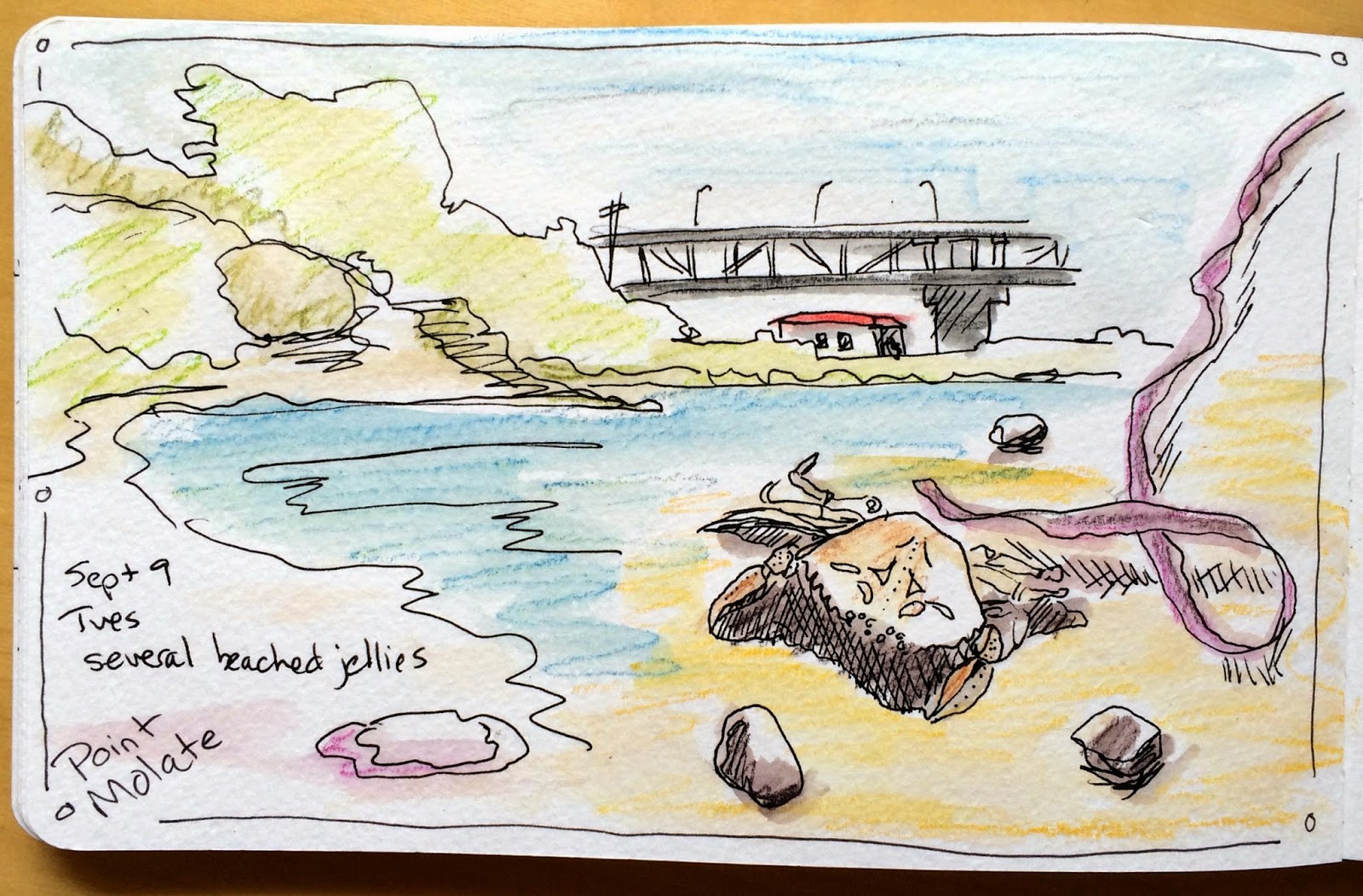 I just finished a book called "All the Light We Cannot See" by Anthony Doerr and it further validated my fascination with the seashore and its amazing creatures, sounds, shapes and textures.  Both of the main characters are strongly drawn to understanding the nature of the world and Marie-Laure (living in World War II's France and blind) is especially intrigued by whelks and snails.  One small example:

"The water is icy and deep; her toes go numb in an instant.  But the grotto itself comprises its own slick universe, and inside this universe spin countless galaxies: here, in the upturned half of a single mussel shell, lives a barnacle and a tiny spindle shell occupied by a still smaller hermit crab.  And on the shell of the crab?  A yet smaller barnacle.  And on the barnacle?"

Marie's father works in the Natural History Museum in Paris and there are glorious detailed passages on all the things she learns there too.  I highly recommend it to anyone who has this interest in the sea.  Or even just in humans.

The other main character, Werner, a young German, ends up in the same town as Marie-Laure from deep in industrial Essen area, having never seen the ocean.  His letter home to his sister reads,

“I have been feeling very clearheaded lately and what I want to write about today is the sea. It contains so many colors. Silver at dawn, green at noon, dark blue in the evening. Sometimes it looks almost red. Or it will turn the color of old coins. Right now the shadows of clouds are dragging across it, and patches of sunlight are touching down everywhere. White strings of gulls drag over it like beads.It is my favorite thing, I think, that I have ever seen. Sometimes I catch myself staring at it and forget my duties. It seems big enough to contain everything anyone could ever feel.” 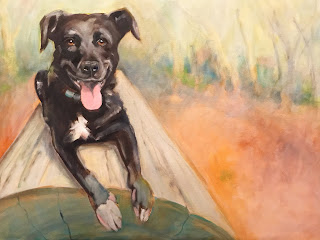